Their Eyes Were Watching God by Zora Neale Hurston - hold for future use: Home 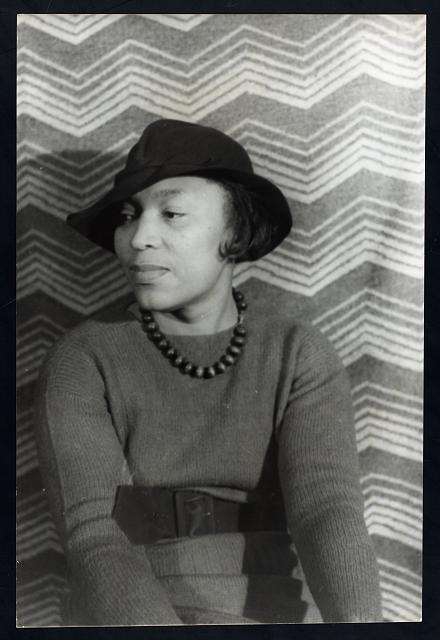 Zora Neale Hurston was born in Eatonville, Florida, January 7, 1903 and died on January 28, 1960 in Fort Pierce. When Hurston lived there, Eatonville was one of the rare all-black towns - and is still 89% African American. Forced to leave school at the age of thirteen to take care of siblings, she was still able to get an associates degree from Howard University and to receive a B.A. degree in anthropology from Barnard. She did graduate work at Columbia University.

Her careers included employment as an actress, maid, librarian, and college professor. However, she is best known for her work as a writer and folklorist. She was one of the most important authors of the Harlem Renaissance Movement, a major Black literary and cultural movement in New York's Harlem during the 1920's. The Harlem Renaissance movement stimulated pride and confidence in Black life and culture. Among the talented writers, musicians, playwrights, etc, congregated in Harlem at this time were Langston Hughes, Josephine Baker, Eubie Blake, and James Weldon Johnson.

Hurston is said to have influenced the writing of Alice Walker, Toni Morrison, and Ralph Ellison. Their Eyes Were Watching God is considered her finest work of fiction. This work is controversial since some critics feel that she glosses over Black oppression and focuses on the woman or individual. Others say that this novel is a celebration of Black language and cultural heritage. Hurston died in poverty. Alice Walker (The Color Purple) arranged for a gravestone for Hurston in her beloved Eatonville.

Video: Take 5 minutes to watch the video and learn about the life and times of Zora Neale Hurston.   Also, listen to Zora Neale Hurston read and sing songs she collected in her work for the WPA sponsored by Florida Folklife project.