This guide was created for English 1302 students. 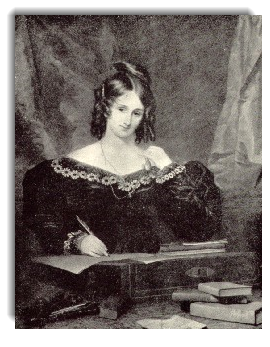 Frankenstein; or The Modern Prometheus

While a student at the university in Ingolstadt, Germany, Victor Frankenstein becomes obsessed with his ambition to create life as an addition to scientific knowledge. His success leads to making a monster, the sight of whom fills him with "breathless horror and disgust." Throughout the rest of the novel, Frankenstein is haunted by the specter of what he has accomplished while the monster tries to make a place for himself in a cruel world.  When Frankenstein refuses to create a mate for him, the monster embarks on a rampage of revenge. After Frankenstein is deprived of all whom he loved, he hunts the monster to the icy desolation of the Arctic to destroy that which he has wrought. Victor tells his story of horror and terror to Robert Walton, the ship's captain, which rescues him in the Arctic. Frankenstein's ensuing death and the monster's grief-inspired vow to destroy himself bring this Gothic novel to a close.

Mary Wollstonecraft Shelley was born August 30, 1797 in London, England to social philosopher William Godwin and feminist Mary Wollstonecraft. Mary's mother died ten days after her birth, and she was raised, along with her half-sister Fanny Imlay (Mary Wollstonecraft's illegitimate daughter), by her father. William Godwin has been portrayed as a repressive patriarch with a rigid belief in his own rightness. When Mary ran off at sixteen with the then married poet Percy Bysshe Shelley, her father stopped talking to her but continued to accept money from Percy Shelley. Mary came from a family of social radicals and entered a circle of social radicals. She and Shelley were married two years later after Shelley's wife committed suicide. Together they had three children, only one of whom reached adulthood. Mary wrote her most famous work, Frankenstein, when she was only nineteen years old. The novel was the result of a dream she had after a challenge that she, Lord Byron, Percy Shelley, and a doctor friend of theirs each write a ghost story. Only Mary complied and the result was Frankenstein. After Percy Shelley was killed in a boating accident in 1822, Mary made a living by writing critical essays, several other novels, and a travel book and editing and publishing her husband's poems. She died in London on February 1, 1851.