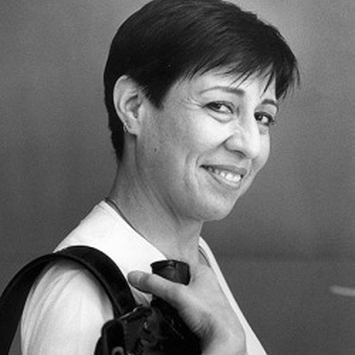 Sarah Cortez is an award-winning Latina poet, teacher, editor, and essayist from Houston, Texas. She is also a law enforcement officer who first gained acclaim for her poetry collection, How to Undress a Cop. A fifth-generation Texan and native Houstonian, she graduated from St. Agnes Academy in high school, and then attended Rice University majoring in Psychology and Religion. Her first graduate degree was in Classical Studies at the University of Texas at Austin.

She began her career by teaching high school in Houston, Texas, then completed an M.S. in Accountancy from the University of Houston-Central, Houston, TX. An overwhelming interest in civic duty led her to be a police officer. She is still a reserve officer in Harris County.

In 2000, her debut volume of poetry, How To Undress A Cop won universal praise.

During this time, she began a relationship with the University of Houston, where she served as a visiting scholar. This experience evolved into her first anthology, Urban Speak: Poetry of the City. Her work on anthologies of poems, memoirs, and short stories honed her skills as a trusted and prize-winning editor, producer, and public speaker.

From a small maroon pick up

And crunch the muddy ruts of a Shell parking lot

Or watching him light up yet another cigarette

And exhale smoke the color of his done skin

I think when was it that we grew acceptance of slow death?

Imagine him a sturdy young man

Imagine him in the west side shoot out

Although even I know when I think of him

I can’t change him

Or stay his summit to gas

In the harsh headlights his shallow plains

Of his cheeks and his stained fingers are already tinged blue

Friend, how it is with your soft heart I don’t know

But mine feels too much at times